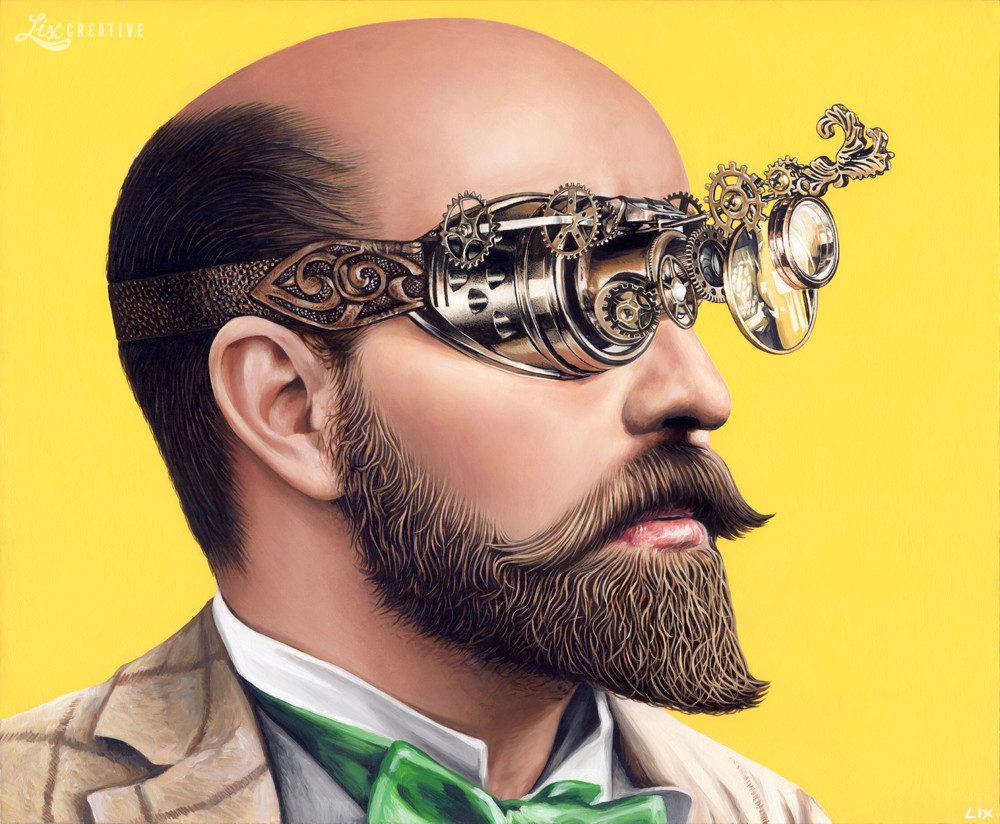 Mr George Fish, namesake of the famed Fish Lane in Brisbane’s West End, entrepreneur, politician, proprietor of the Fish Steam Laundry (est. 1893) and of quite the most fabulous Victorian beard.

I began researching Mr Fish, and his connection with the historic South Brisbane laneway that shares in name, during concept development for an upcoming street art commission.  A bastion of his era and of the magic of steam powered industry that defined it, my fascination with Mr Fish began to intertwine in my mind with the aesthetic and concept behind the steampunk extra-focal macrofication device I made for my ‘Insurgent‘ portrait.

Before I knew it, that fascination and enquiry bloomed into paint and Mr Fish donned his marvellous monocular (looking as if it were made for him!) to come alive before me. I think these are the times I’m most grateful for as an artist – when what begins as just a little inspired enquiry of a rambling mind experimenting with a new painting surface (Tyvek paper) grows, quite unexpectedly, into extraordinary little portrait and one that feels quite pivotal in the distillation and direction of the new series that had it’s inception with ‘Insurgent‘. 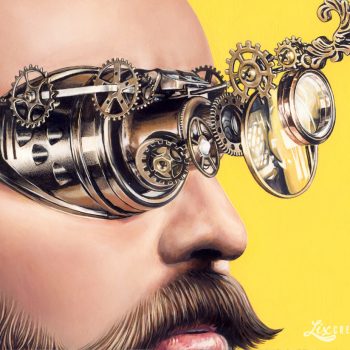 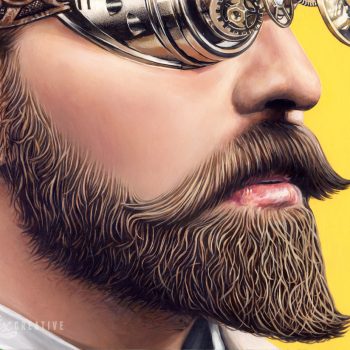 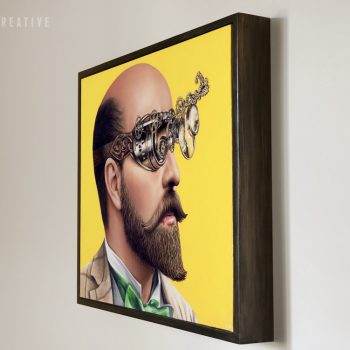 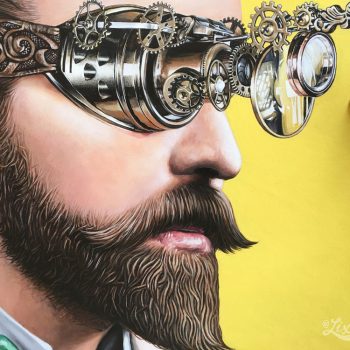 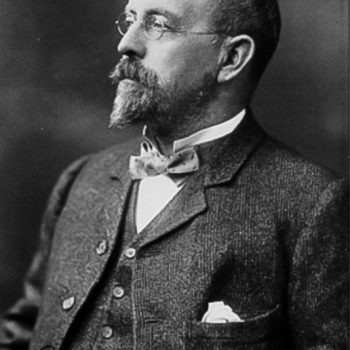 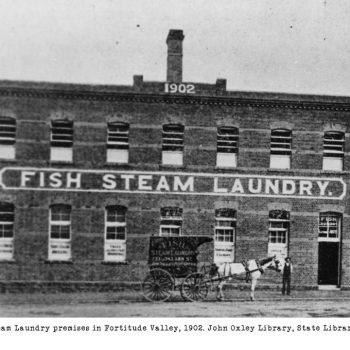 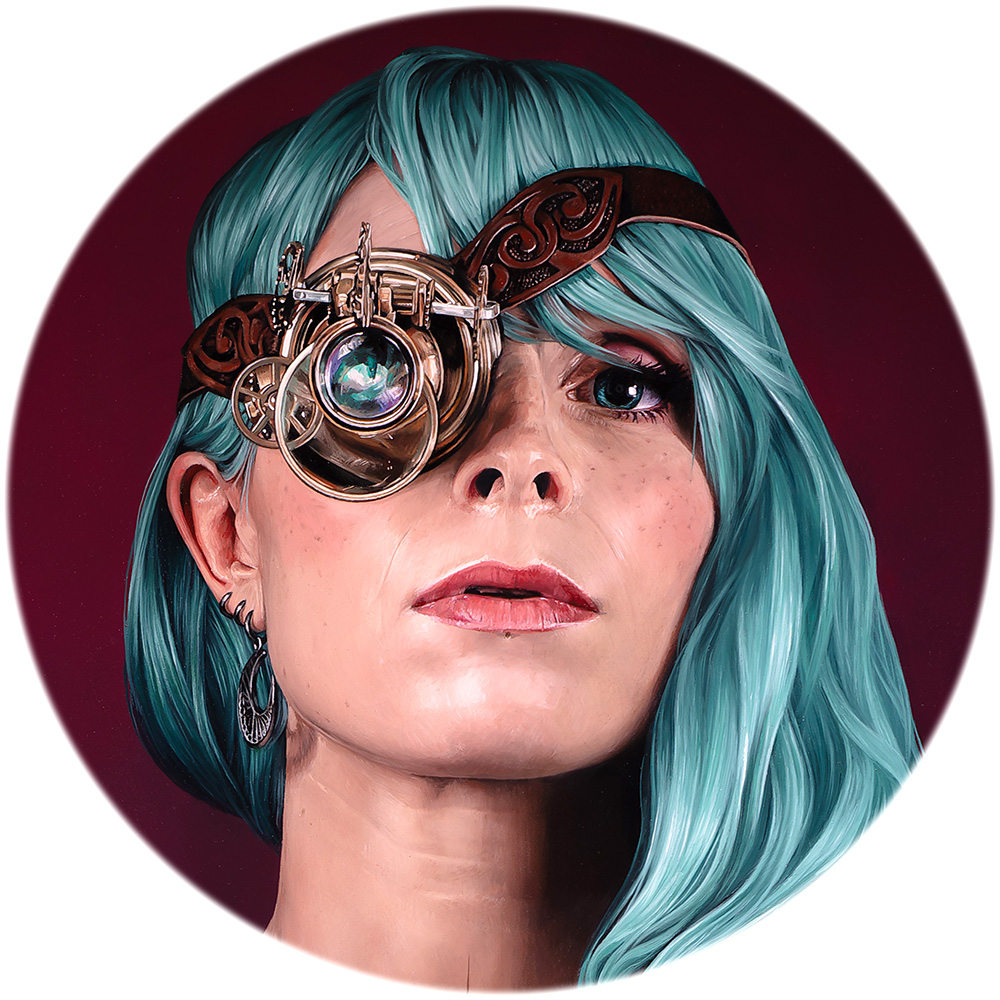